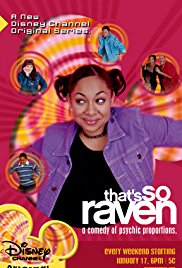 Old Disney vs New Disney. Everyone’s favorite TV shows, am I right! Which generation is actually better though? Which taught more life lessons. Some people believe Old Disney taught more life lessons then the TV shows today, or the ones that may have ended not too long ago. Kids could connect to those shows because they talked about real world situations that kids might struggled with.

“I like the Disney Channel from the earlier 2000s because I can relate more to the characters. They were normal kids. But the New Disney, they all dress differently they act differently and it’s not cool.” Kalyn Brown said on the website harrisoncatalyst.com

The famous 2000 show That so Raven was one of the hit serious. It hit on a lot of important issues. For example, body weight. It talked about insecurities that girls might have struggled with, and were scared or embarrassed to speak up about it.

In season two episode eight Raven had said “Because in case you havent noticed, people come in all shapes and sizes and they’re all beautiful. Put that in your magazine.”

Raven said this to a racist store manager who thought she didn’t have “the look” for a magazine. She taught  young women that it’s ok if you look different than other people, be comfortable in your own skin. Don’t let someone tell you you’re not beautiful!

Shake it up, was a show that ended two years ago which still fairly new.In season one episode seven, an anorexia joke was brought up that offend people. A famous star, Demi Lovato actually commented on the joke. She found it disrespectful, and something you shouldn’t joke about. She wished that disney could go back to the old times.

Lovato had tweeted ¨Dear Disney Channel, EATING DISORDERS ARE NOT SOMETHING TO JOKE ABOUT.¨ Demi added “And is it just me or are the actress on Disney Channel getting thinner and thinner… I miss the days of Raven and Lizzie Mcguire¨

Now I’m not trying to make new Disney look bad but I asked a couple people how they felt about the new disney, and their answers were pretty much the same

“The New Disney is boring it’s why I don’t watch tv I watch Netflix now. The Old Disney was more funny and entertaining I usually try to find those shows on netflix but i’m never in luck.” said Markhai Johnson EHS class of 2022.

People feel like that now TV  doesn’t bring it much entertainment as  it use to. Shows are just filled with kids that who go on  non realistic story lines.

“With the new programming it’s hard to relate because all the actresses and actors have a society’s “dream image’ and most of their characters are rich and famous.”

Kids will want to be like what they see on TV and try to look up to this, but as said before it’s not real. Children are going to wish they had those clothes and lived in a big house like the characters. It’s hard to reach these expectations though. Maybe this is causing premature insecurity.

So where do stand in this situation are you for the Old Disney or the New Disney?