Kerplunk: Simple Garage Rock, or is it? 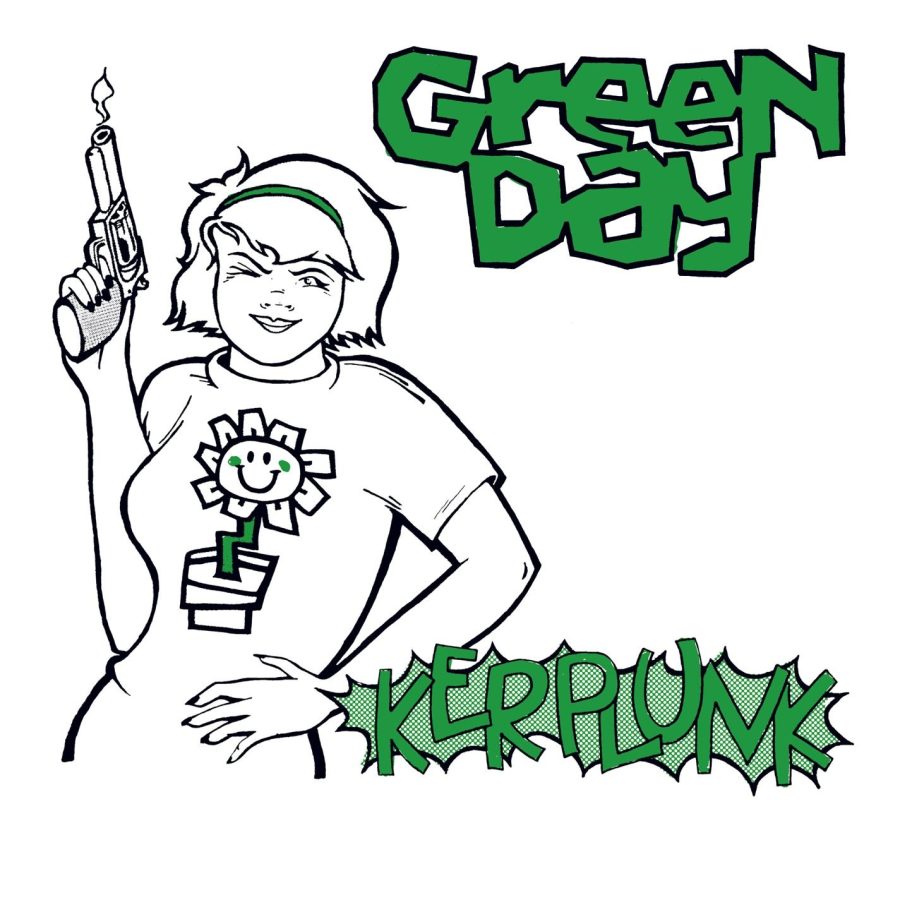 Green Day’s second album, Kerplunk, often stylized with an exclamation point, can be considered the last truly ‘indie’ Green Day release. The second of two albums released on Lookout Records, many credit Kerplunk with landing Green Day on a major label, which would enable them to later create Dookie.

It’s easy to see why this 1991 release attracted major label Reprise. Kerplunk is raw and messy garage rock, but it is surprisingly melodic, catchy, and even beautiful at points. In this album we see the beginning of Green Day’s use of vocal harmonies, which lend it this melodic quality. Distorted guitars blare out power chords over warm basslines and solid drums, topped off by Billie Joe Armstrong’s unique nasally twang, shining through the sometimes-rough production. Green Day have learned in Kerplunk to utilize dynamics more to their advantage, often stripping back to just bass and drums to build anticipation for final choruses. 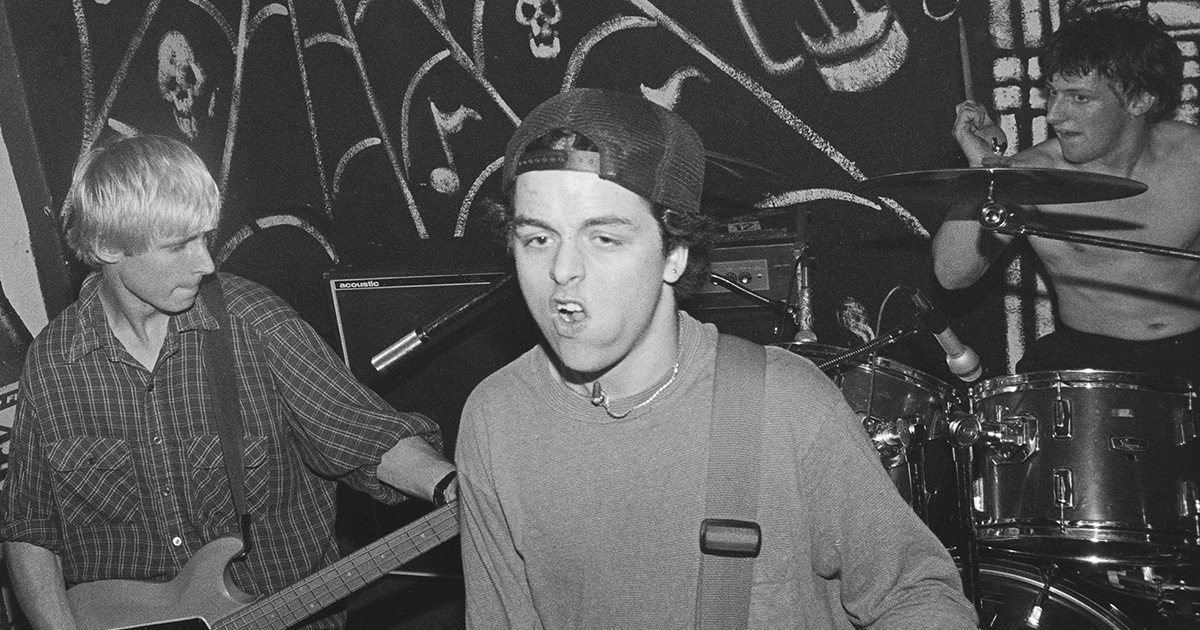 Lyrically, the album speaks on romance, hometowns both loved and unloved, and an undercurrent of deep anxiety. “Welcome to Paradise”, a first version of a Dookie track, describes a crumbling, beat-down urban setting, which our protagonist calls his home.

First track “2000 Light Years Away” is, according to Billie Joe, “about the girl…who eventually became my wife”. It describes the feeling of being separated from a lover, as the frontman sings, “I hold my breath and close my eyes and Dream about her, ‘Cause she’s 2000 light years away.”. The most well-known songs are of course this rougher first version of “Welcome to Paradise”, and the love song “2000 Light Years Away”, but in the deep cuts we also find many gems.

There are many other songs about love, from the almost-ballad “Words I Might Have Ate”, which is about teenage heartbreak, to the desperate, stalkerish “Private Ale” to the longing and pining of “One For The Razorbacks”. There is even a goofy ode to S&M in the self explanatory track titled “Dominated Love Slave”, sung by drummer Tré Cool.

The most personal love song, aside from “2000 Light Years Away”, is “80”, a play on his future wife Adrienne’s nickname, ‘Adie’. The track is dedicated to her, and Billie Joe’s lyrics describe a man driven nearly mad by love and longing, as he sings, “My mental stability reaches its bitter end, And all my senses are coming unglued. Is there any cure for this disease someone called love?” Some would connect the themes of “80” to those of future track “Basket Case” as both aim to describe the experience of anxiety.

Fourth track “Christie Road” is an ode to a hometown hangout where one can get away to relax, an actual spot in Green Day’s hometown of Oakland. Kerplunk is steeped in the feel of the Oakland punk scene, as Green Day had not yet risen to the prominence they held post-Dookie. “Christie Road” also expresses a deep sense of community and belonging in the Oakland scene. Soon after, Green Day would be reviled as ‘sellouts’, but for now they rested comfortably in the underground scene. 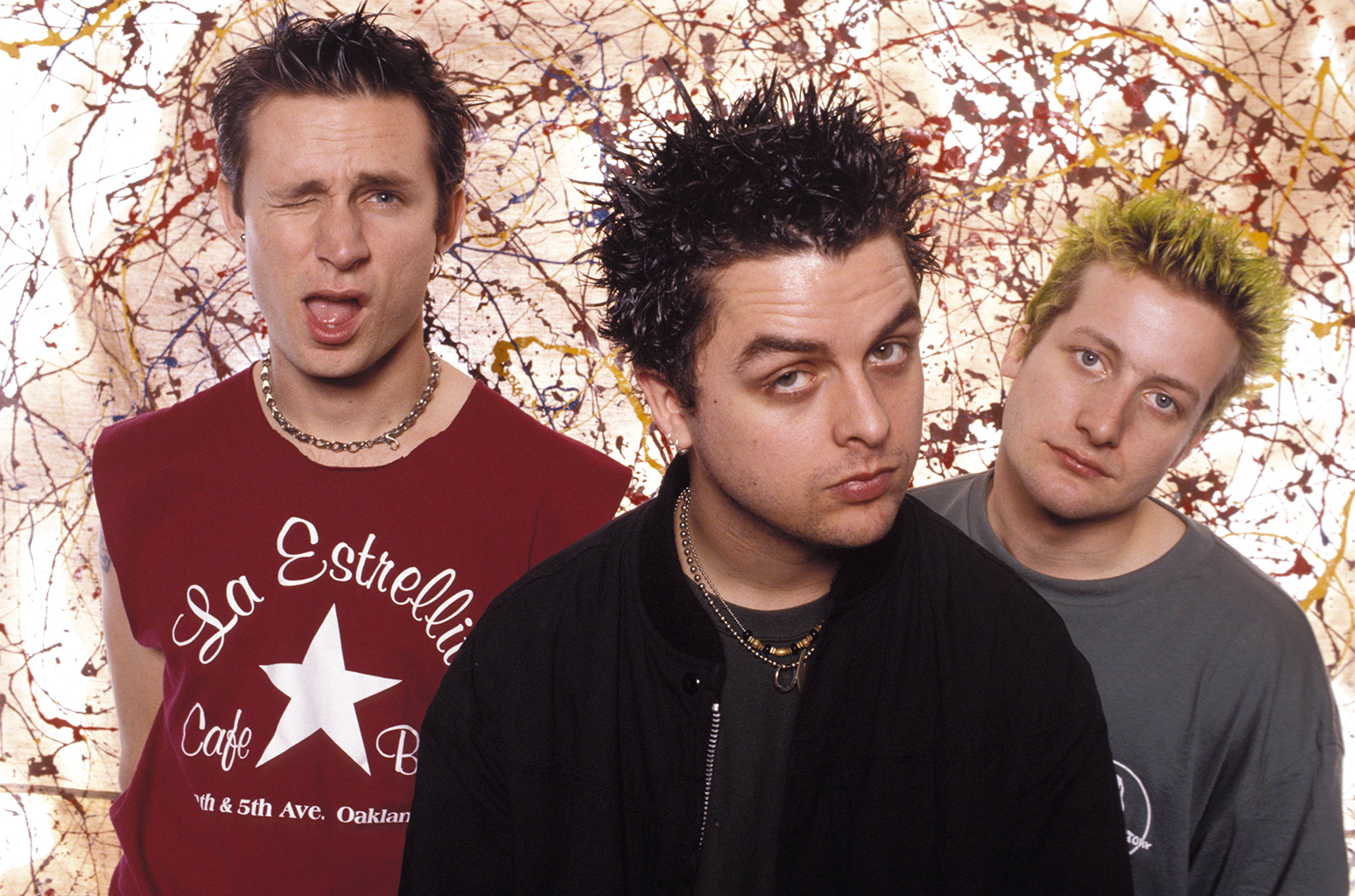 The back third or so of the album, which was an earlier EP, added to the album later, is confusing, abstract, and difficult to decipher. Thirteenth track “Sweet Children” features a slightly garbled story of a “Sweet young girl” exploited for sex and then murdered. Many suspect the lyrics of some describe hallucinogenic experiences or panic attacks, lyrics conveying such abstract confusion as, “I start to run, and now I’m scared, Strange beings all around…”, and “Eerie colors and all I see are sounds…”.

The core of the album, however, aside from angsty love songs and psychedelic confusion, is youthful anxiety about the future, and indeed everything else. “No One Knows” sums up this anxiety at the slow march of time, describing, “See my friends begin to age, A short countdown to their end”.

“Who Wrote Holden Caulfield?”, named in honor of a character from The Catcher In The Rye, wonders at the power of laziness and apathy, stating, “He makes a plan to take a stand, but always ends up sitting, Someone help him up, or he is gonna end up quitting”. The question expressed by this earworm of a song is simple: ‘When are you going to stand up and do something?’ It’s a powerful one, for one on the cusp of adulthood and ‘the real world’. The sentiment resonates today, as we are, like past generations, at times deeply apathetic and distracted, liable to take the easiest route out.

The seventh and ninth tracks, “One of My Lies” and “Android”, are deep musings on the meaning of growing up and reaching maturity, and eventually growing old, which is regarded with the utmost horror.

On “Android” a nineteen-year-old Billie Joe Armstrong even expresses such morbid sentiments as, “Or will I grow that old? Will I still be around? The way I carry on, I’ll end up six feet underground and waste away”. The song is shortly after interrupted by the sound of a toilet flushing, as if in direct defiance of the rapid approach of maturity.

In and among prophesying his own early death, Billie Joe manages a few tastes of the true poetry that he showcases on later albums, such as this offering from “One of My Lies”: “Why does my life have to be so small, and death is forever? And does forever have a life to call its own?”. While far shy of the grandiosity of such offerings as American Idiot, Kerplunk’s lyricism is perhaps more grounded and relatable.

Kerplunk echoes similar themes to Dookie, built around an angsty, anxious core, but is far more sincere and direct, where Dookie is jaded and witty. Kerplunk still resonates today, as an expression of the universal experience of growing up. Rough and a bit repetitive it may be, but Kerplunk makes up for these flaws with hummable tunes and lots of heart. 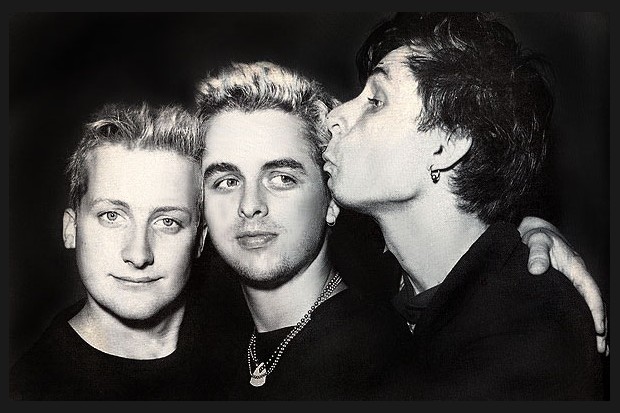