The childishly named album features detailed artwork, in which one can find references to AC/DC and UC Berkeley.

An Introduction, or, Why Should I Even Care?

Fans are excited as Green Day have been teasing a new album, cryptically posting the number, “1972”, along with many photos of themselves in a London recording studio. The year 1972 appears to be referring to the birth year of the three core members, who are all turning fifty in 2022. This year also marks over thirty years since the trio’s first album.

For a musician to stay relevant for over thirty years is not an accomplishment we see everyday, and such longevity is especially shocking for a rock band, in a world which is increasingly moving away from rock in favor of other genres, namely hip hop. Why have Green Day stuck around so long, and why are the younger generations still finding meaning in their music?

This series of articles intends to explain Green Day’s longevity and continued vitality, by examining each of their fourteen studio albums. We will consider the evolution of their sound, lyrical content, and politics, and interview fans about each album. Perhaps we will find hidden gems in the deep cuts, or rediscover the magic of their classics. 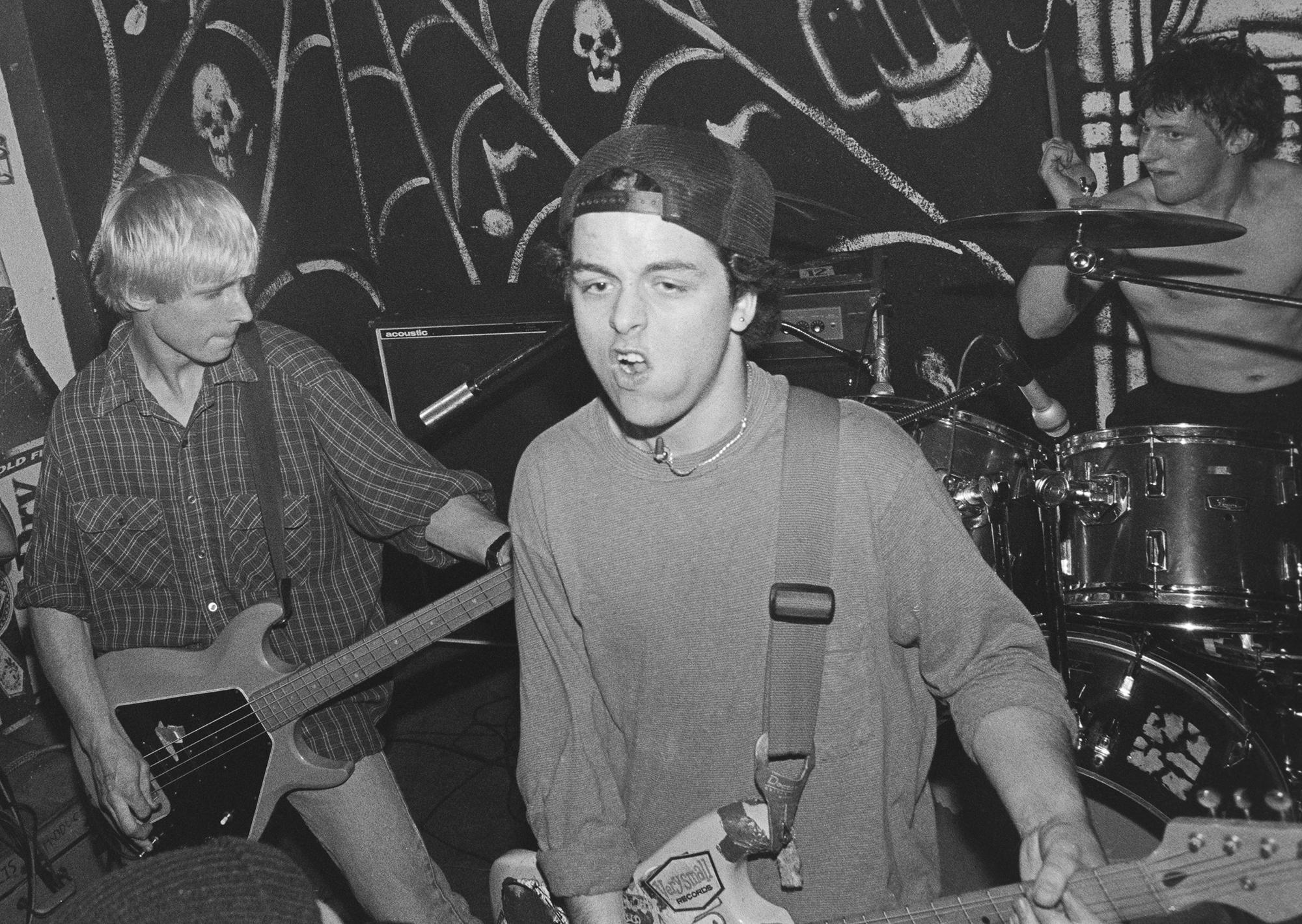 The first stop on our trip will be their third album, and one of the most well known, Dookie, released in 1994. Dookie rocketed Green Day to mainstream success, from underground beginnings in Oakland garages and backyards.

“I declare I don’t care no more,” proclaims album opener “Burnout”, setting the stage for the angsty, apathetic mood of Dookie. Drummer Tré Cool immediately shines, with a brilliant drum solo, which elevates “Burnout” from good to great. This energetic track also begins to develop the world of Dookie, with drugs being abundantly present, to be expected for a band whose name itself is a marijuana reference.

The prevalence of drugs is also seen in these self-deprecating lines from hit single “When I Come Around”, “I’m a loser and a user so I don’t need no accuser, To try and slag me down because I know you’re right,” as our narrator expresses his feelings of being a failure, a sentiment which many young people, then and now, would find extremely relatable, feeling themselves stuck in the same lonely purgatory expanded upon in lead single “Longview”.

The album is littered with darkly humorous descriptions of mass destruction and comically exaggerated hatred, for society, for family, and of course for ex-girlfriends. Overall, Dookie exists in a gritty, edgy, sometimes cynical, sometimes painfully earnest space, sprinkled throughout with childish humor (afterall, the album is named ‘Dookie’), but also moments of surprisingly beautiful poetry. Eight track “She” is the pinnacle of Billie Joe’s more serious lyricism, beginning with the beautiful lines, “She, She screams in silence, A sullen riot penetrating through her mind.”

The album also touches on such serious topics as panic disorder, as hit single “Basket Case” describes, with wry humor, “I think I’m cracking up, Am I just paranoid, Or am I just stoned?”

Billie Joe described in an interview his experience of panic attacks, and the struggle of not knowing what was wrong with him, saying, “I thought I was just losing my mind. The only way I could know what the hell was going on was to write a song about it. It was only years later that I figured out I had a panic disorder.”

Dookie is subtly political amidst its twenty-something angst, as its narrator struggles with the social pressure to fall in line, saying, “and I stepped in line to walk amongst the dead,” comparing his peers to zombies as they do what they are told. This theme of breaking from the norm, leaving the beaten path, suffuses the entire album.

Feminist track “She”, which was inspired by lead singer Billie Joe Armstrong’s girlfriend at the time, echoes this theme with the lines, “Are you locked up in a world that’s been planned out for you? Are you feeling like a social tool without a use?”

Billie Joe describes this song as a love song to his girlfriend’s feminism, saying about the relationship, “She was telling me about the way women have been objectified for so many years, and I was just listening. I wrote this as a love song to her, but it was also about learning about her activism.”

Third track “Welcome To Paradise” describes, “the cracked streets and the broken homes” which some have interpreted as a subtle reference to the US drug epidemic, and its negative effects on families, playing on the words “crack”, and the phrase “broken homes”. 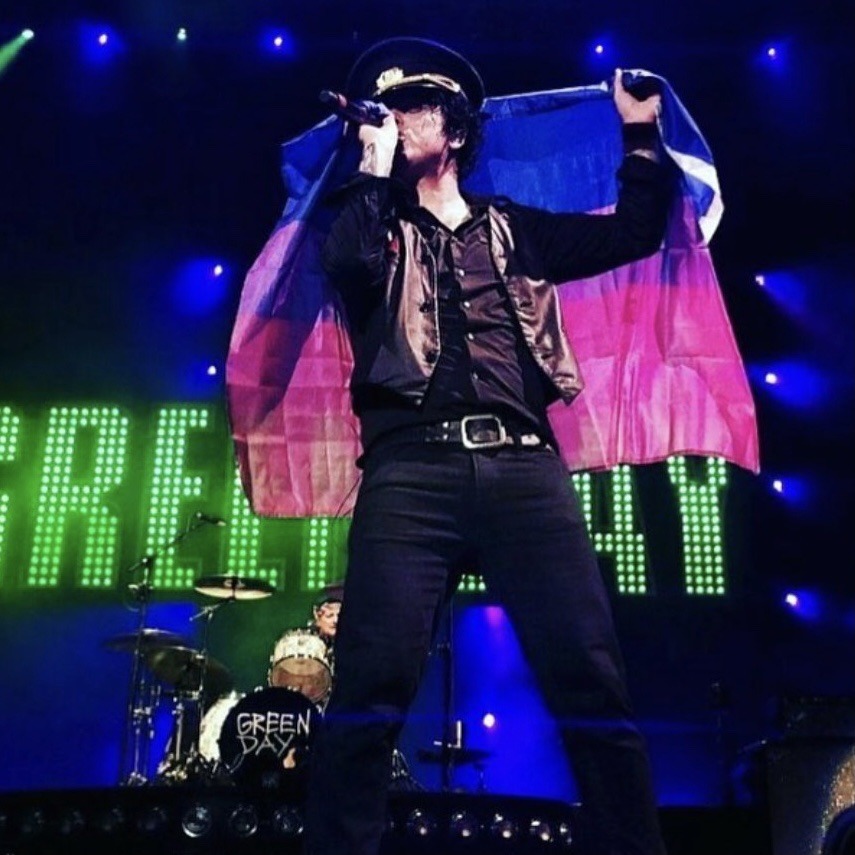 Delving into the deep cuts, we find “Coming Clean”, which many, including frontman Billie Joe, have described as a coming-out song. Billie Joe Armstrong is known by many, but few know of his bisexuality, which he expressed in a 1995 interview, saying, “I think I’ve always been bisexual.”

While not explicitly queer, “Coming Clean” expresses feelings which many LGBTQ+ teenagers can empathize with, expressing that, “Mom and Dad will never understand,” and asking, “What’s happening to me?”. Confusion and alienation are common experiences with many queer people as they discover themselves and their identities. The song concludes with a pretty clear ‘coming out of the closet’ sentiment, with the lines, “Seventeen, and coming clean for the first time, I finally figured out myself for the first time.”

“In The End” is another track which deals more explicitly with Billie Joe Armstrong’s personal life. Many know that Billie Joe’s father died when the singer was very young, as described in American Idiot’s “Wake Me Up When September Ends”. While that track explores the grief of the experience, this track explores resentment. “In The End” is about his mother’s boyfriends, and describes Billie Joe’s resentment for them.

Another less well-known song “Pulling Teeth”, describes a man being abused by his girlfriend, as our narrator wonders at how to escape the situation he is trapped in, saying, “I better tell her that I love her, Before she does it all over again, Oh God, she’s killing me!” I would commend the song’s willingness to approach dark, often taboo subject matter, as abuse of men is often ignored, in a society which expects men to never admit weakness.

Instrumentally, Dookie is quintessential Green Day, marked by energetic drums, emphasis of the basslines within the mix, and loud, distorted guitars. While some fans criticize Green Day, on this album and others, for the simplicity of their guitars, and the lack of complex solos, I would argue that the simplicity is what makes this album so gritty, carrying an essence of traditional punk sound, even while being on a major label.

All of this is made complete by Billie Joe Armstrong’s unique voice, whining, snarling, and crooning his way through fourteen tracks, dancing just on the edge of what one could call conventionally good vocals. Billie Joe’s absolute sincerity in his delivery carries some of the more ridiculous lyrical content with ease. Mike Dirnt’s harmonies elevate the vocals even further, imbuing the album with an earworm quality, although Dookie does not achieve the soaring melodies that future albums will be known for. 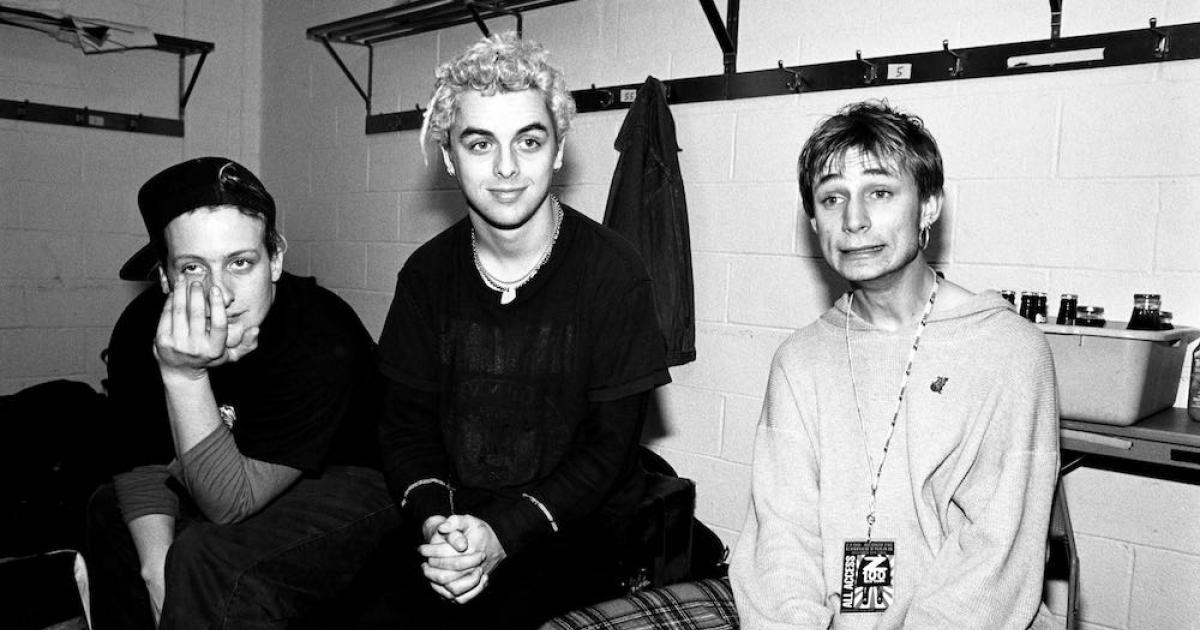 Dookie achieved astounding commercial success, topping numerous charts, and receiving critically favorable reviews throughout the 90s. Its charm continues to capture youth today, as one young fan says, “There’s something so unifying about Dookie, you can walk down the hall in a Dookie shirt and have young highschoolers and older teachers come up to you and start up a conversation about this iconic yet underrated album. It’s just so good it goes beyond generational boundaries.”

Dookie is a timeless snapshot of what it feels like to be a young person, capturing the ever-relatable feelings of loneliness, inadequacy, and frustration. Any young adult, in any decade, faces these struggles; every adolescent is searching for a path to follow, and most are dissatisfied with the path society gives them. However, the album never fully crystallizes a solution to the protagonist’s problems, instead choosing to wallow and revel in the misery. Later albums will not be so passive, and will instead confront these issues head-on. Dookie explores this struggle with a strangely passionate apathy.