Film Club: an exploration into the craft and production of movies 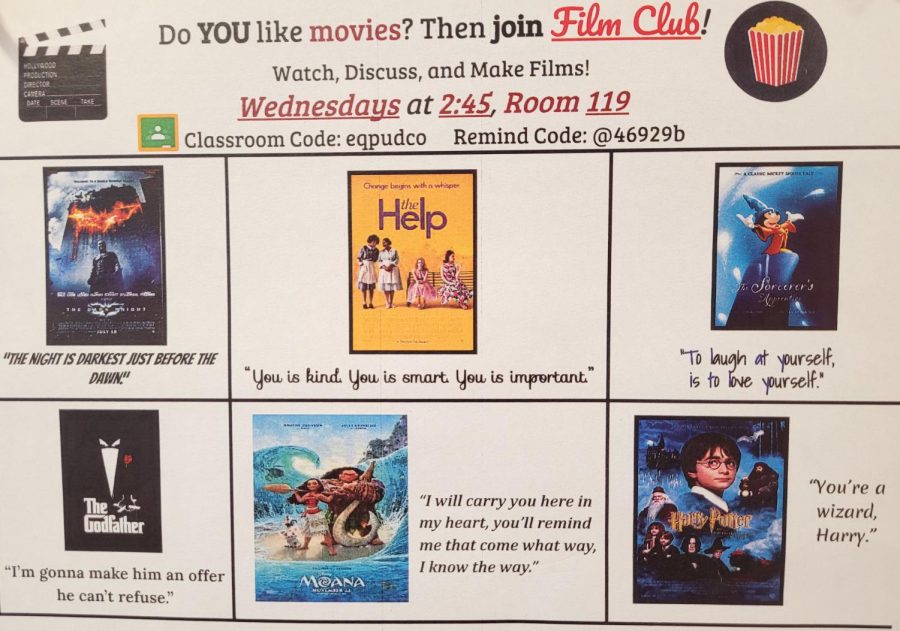 Started just a few years ago the EHS film club has become a popular club among students. The club not only watches some of the greatest films of all time but they also discuss the craft of film making.

“The club is geared toward those with a passion for films and for students would like to know more about how to create and produce movies” said Mr. Gibbs, EHS English department and film club advisor.

The club meets Wednesdays after school in room 119 from 2:45- 3:55 and typically films are shown over two meetings.

Students watch a variety of films (going in chronological order) that express the diverse interests found in film making. The club started the year by watching the 1931 version of the horror film “Dracula”.

Recently the club watched the CNN series “The Golden Age” and they will finish the film Casablanca at their next meeting, Wednesday December 1. Then they will move into films from the 1960s.

“Movies offer a wider scene for students that can help them in the real world.” said Doozie Allen, EHS class of 2025.

If you have a love of great movies, or a desire to be a filmmaker this is the club for you!