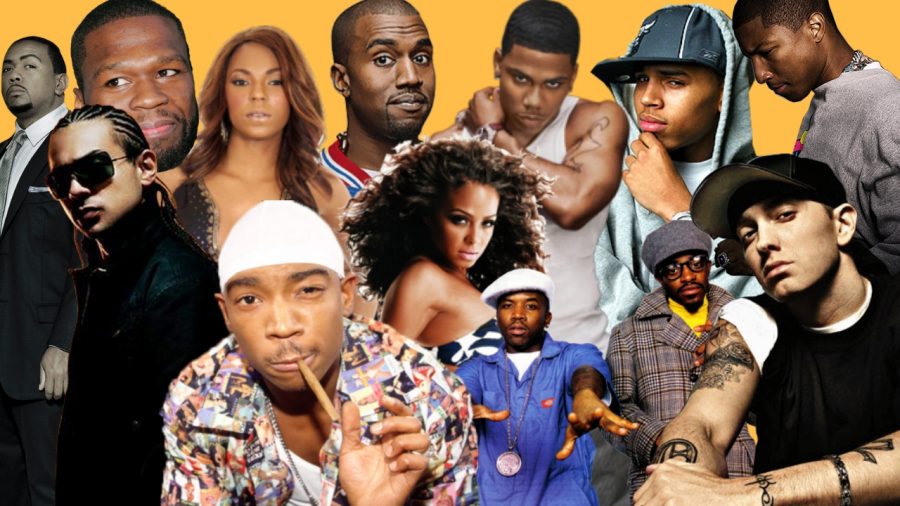 Rap- a genre of music that originated in the 70s, with rappers like The Sugarhill Gang being pioneers for it,  but started to expand and grow in popularity in the 80s. Based on album sales for 3 of the best selling  artists of each decade, we will determine which decade was rap at its peak of popularity.

80s- the decade where rap started. The best selling artist during this time was Run DMC, another group that consisted of Joseph Simmons, Darryl Mcdaniels, and Jason Mizell.  They sold about 15 million units.  The second best selling rapper in this time period was NWA, a group that consisted of Ice cube, Dr dre, Eazy e, MC Ren, and DJ Yella. They had approximately 10 million units sold in total. Lastly, in third place for most records sold was Public Enemy, a group that’s members consisted of Flavor Flav, Davy DMX,  Chuck D, Terminator X, Brian Hardgroove, and many more. They have sold around 4.5 million albums in total. These 3 artists combine to about 29.5 million albums sold. (credit:https://www.eightieskids.com/the-top-15-rappers-of-the-1980s/)

90s– This is the decade where rap exploded in popularity. The bestselling  rapper listed here was 2pac, who was a solo artist that sold around 36 million records  in about 4 years of rapping. Coming at a close second is the Notorious B.I.G, also known as Biggie smalls. Biggie sold about 21 million records in the 3 years he rapped famously. Coming in at third place during this time was Nas, who sold approximately 15 million records, which combines the 90’s to an astonishing 72 million albums sold among these 3 rappers alone

2000’s–  2000’s brought not only a lot of new faces into rap, but also gave rap a new face. Eminem dominated this decade, selling 32 million units in this decade alone. The second bestselling rapper during this time, as mentioned in a previous paragraph, was Jay Z. He became much more famous in the 2000s, selling around 29 million albums. In 3rd place is Kanye West. The man sold around 21 million albums in this time, combining the total number of albums sold to about 82 million albums.