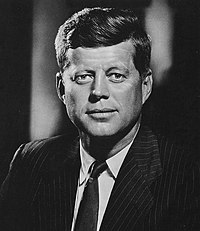 John F. Kennedy,  35th president of the  United States. Who was one of the most beloved presidents of all time and a liberal in the tradition of FDR. And as being a liberal who identified with the Democratic Party. His ideals and policies don’t reflect the modern day Democratic Party. Kennedy believed that a strong military is the best guarantor of peace. He explained that cutting taxes is the best way to grow the economy. He firmly opposed racial preferences and was horrified of the idea of unrestricted abortions. While the Kennedy name is revered in the modern day Democratic Party. His ideas and policy’s are not.

” I don’t think we can undo the Past. We have to do the best we can now. I don’t think quotas are a good idea. We are too mixed, this society of ours, to begin to divide ourselves on the basis of race or color.” ~ John F. Kennedy

Division is the basis for failure as only organization and unity can make a country stand up in the face of adversity. Today democrats make people believe that if they are a minority. They are victims and only reparations or racial preferences can fix the past mistakes.
On Taxes:
When it came to taxes, John F. Kennedy was an ardent proponent of across the board tax cuts. Believing that more cash in the hands of all Americans including the wealthy. Smaller government involvement would grow the economy. In September 18th 1963, John F. Kennedy has stated,

With taxes being cut across the board for every American citizen that pays taxes would have more money left over after taxes for a new car, a home, investment and for education. Small business owners won’t have the stinging footprint or the shadow of big government inflicting upon their already significant plight.
Foreign Policy:
On Foreign policy Kennedy put the safety and well being of the country first. When the Union of Soviet Socialist Republics built missile sites in Cuba. Beginning what is now known as the Cuban missile crisis. Kennedy threatened a precise military response. Peace can only be achieved through strength, not sitting back and doing nothing. Doing nothing when something is not right or when someone is in danger. Breaks the very oath that naturalized citizens take to become citizens. In that oath of naturalization it states in sentences three to six…

As citizens by birth we should be asking the question that Kennedy asked.

Abortion:
Kennedy was assassinated a decade before the landmark supreme court case Roe v. Wade. Abortion was not a major issue during his time in office. Kennedy nominated Byron White, a Democrat to the Supreme court. Byron was one of two justices who dissented in the ruling of Roe v. Wade. Which makes one wonder what was his stance on the subject in contrast to modern day.