“How to be both” by Ali Smith – Quarantine Book Club #6 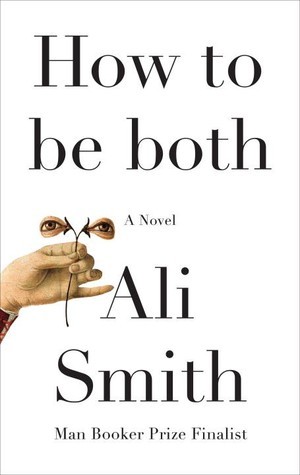 Ali Smith’s How to be both is my favorite book, but I don’t have the guts to break it to Virginia Woolf.

Yes, literature-buff me has made the most anxiety-inducing decision a bookworm can be faced with: I picked a favorite! What’s more, to the bewilderment of myself and those who know how much a adore modernist literature, I gave this personal honor to a book written in 2014 that I stumbled upon accidentally.

How to be both is like my own little secret treasure. When I say Ali Smith, nobody’s eyes widen in the same impressed-shock as they do when they hear Joyce or Dostyoevsky. My pride isn’t nudged by the elbows of approving academics. I always want to take it back, to say instead the name of another novel I love by an author with much more esteem.

(Despite all this, I know I’m right.)

I should clarify, How to be both isn’t really secret. The New York Times, NPR, and a handful of other publishers have all spoken on Ali Smith’s writing with high praise. The text recieved the Baileys Women’s Prize, Goldsmiths prize, and a few others. It’s a good book, and not just by my personal standards.

Yet, once you leave literature circles, her name is less recognizable. Why?

“Ho this is a mighty twisting thing fast as a

fish being pulled by its mouth on a hook

if a fish could be fished through a

6 foot thick wall made of bricks or an

arrow if an arrow oculd fly in a leisurly

curl like the coil of a snail or a

star with a tail if the star was shot…”

For one thing, Smith’s style is unquestionably modern. Depending on the copy you buy, one of two stories is told first. In mine, for example, the story of George navigating the grief of her mother’s death and building back new relationships takes up the first 150 pages. In other copies, the story of a Renaissance artist who must disguise herself as a boy to paint professionally preceds George’s story.

The prose itself is just as modern. A lot of reviews describe it as “playful”, and so I’ll use that same word. She creates new compound adjectives, she interrupts narration with free-verse poem, she plays around with the present and past tenses so that the word “is” becomes significantly different from “was.”

“She will lie in bed with all the covers thrown off and the stars will be directly above her, nothing between her and their long-ago burnt-out eyes.”

No matter the reader, I think How to be both is a worthwhile read. Part of the reason it merits favorite in my personal library is the fact that it is so boldly, playfully new. Smith’s characters are so familiar, despite one being written in 1460’s Renaissance Italy. She explores gender, sexuality, greif, morality, and time- all with unparalleled grace, in my opinion. She explores the many “both”s of our world, calling out paradoxes within the aspects of life we take for certain out of convenience.

How to be both is both a question and an answer. That’s why I love it.

“It is stupid to even think it and yet so terrible that you can’t not think it. Both at once.”

“Past or present? George says. Male or Female? It can’t be both.

Who says? Why must it? her mother says.”

“He says it gently and means it both funnily and nastily.”

“H lies down next to her so that their heads are level. Both girls stare at the ceiling.”