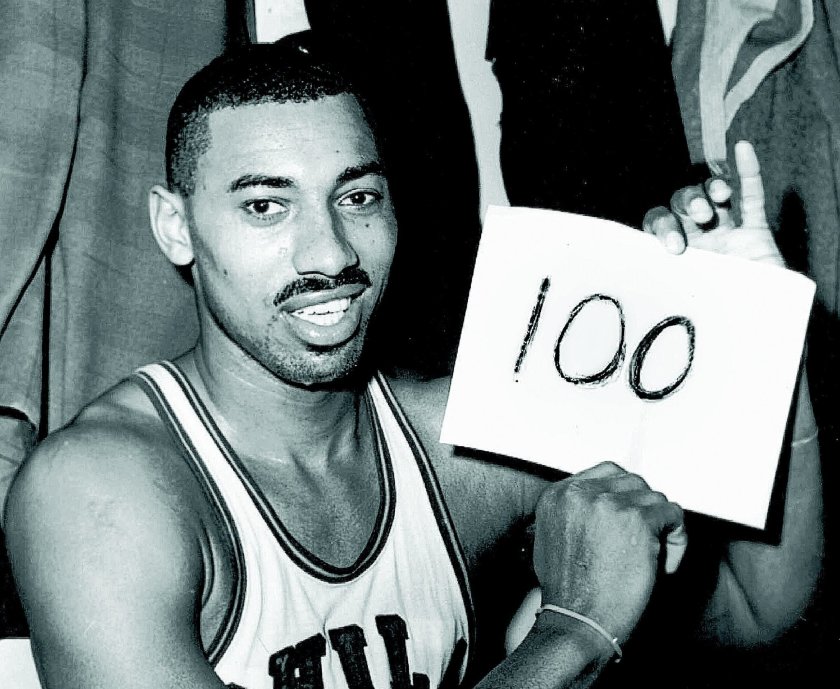 February 23rd, 1968- against the Detroit Pistons, NBA Legend Wilt Chamberlain scored 31 points, and grabbed 32 rebounds. These 31 points are very important because they caused Chamberlain to reach new levels- the first man to score 25,000 points in a career!

After 8 seasons of relentless finishing at the basket, Wilt finally got this feat- and it separated him from many of the greats at the time, and many would say Wilt was the greatest of all time during this period.

Wilt can also be recognized as the only man to score 100 points in a single game, or grab 55 rebounds in a single game- he in fact holds 72 total records, which is it’s own record.   The man was so skilled that he used a fake name to play in the NBA at 17 years of age, and he averaged 40 points per game.

When comparing a 17 year old Wilt to today’s players, thanks to some stats from Basketball Reference, James Harden comes the closest to averaging as many points as Wilt did, with “about 36.13 ppg. This is the most since Michael Jordan’s 37.09 ppg.” Only one Player in NBA history has scored more than 38 ppg, Wilt Chamberlain.

Even if he’s no longer the youngest to score 25,000 with Lebron James being 30 years and 307 days old, and Kobe Bryant being 30 years 151 days (credit: Interbasket.net) Wilt was still the fastest to reach this score in a matter of games (It took him only 691 games, while second place, Michael Jordan took 782 days. [credit- ESPN.com])

He may be gone, but people will never forget all of the astonishing feats that Wilt put into one career.