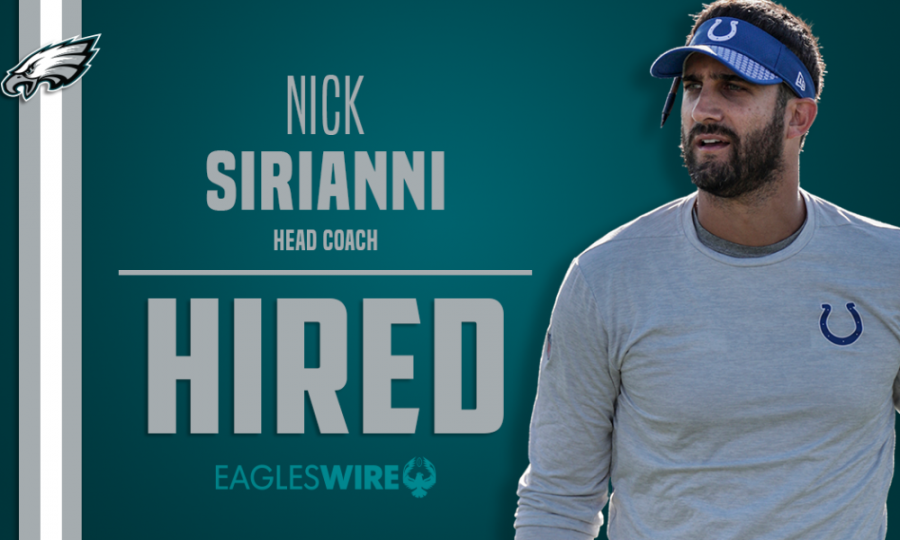 Now that the 2020 season is behind us, the Philadelphia Eagles are looking for a fresh start. The Eagles have a new, young, head coach in Nick Sirianni. Eagles fans are very excited about these new changes in staff.

“I think that’s a move in the right direction.” Well known YouTuber by the name of “Run it back Philly” said when asked how he feels about the Eagles hiring Nick Sirianni as their new head coach.

Is Coach Sirriani The Right Fit?

Owner Jeffrey Lurie seems to be excited and optimistic about the upcoming season. He believes that coach Sirianni is a good fit for the team.

“Football IQ, off the charts, as I said. Leadership, it goes hand-in-hand with what I’ve been talking about, but it’s even bigger than that. Can command a room. He has an edge. Owner Jeffrey Laurie said when asked about why he chose to hire Sirianni as the head coach for the Philadelphia Eagles, according to the Eagles’ website.

Coach Sirianni was under Frank Reich in Indianapolis. Frank Reich was the offensive coordinator for the Eagles back in 2016-2017 who played a huge role in their success which led to their first Super Bowl win.

“This is the right person at the right time for the Eagles,” Reich said, on if he believed Nick Sirianni was a good pick up by the Eagles, according to PhiladelphiaEagles.com.