Who's Who When Everyone is Someone Else? By C.D. Rose 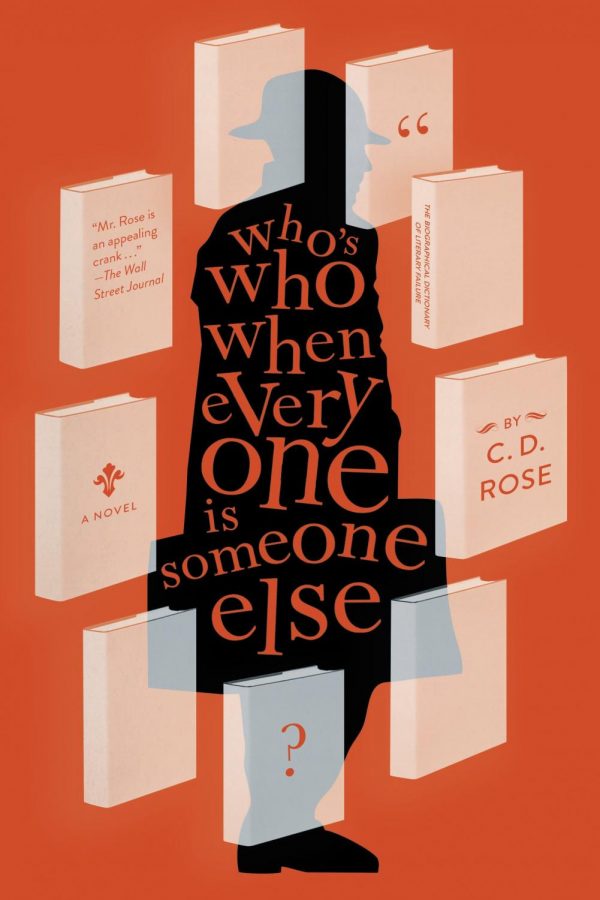 “Who’s Who When Everyone is Someone Else?”

This question sat waiting on the spine of a book in the Princeton bookstore, eager to ask whoever’s eyes happened to skim across its words. Fatefully, they were my eyes.

I stopped and rested my gaze on this thin book. I don’t know who’s who. And am I also someone else? The back of the book offered no solutions to this annoyingly philosophical question, so I brought the book home with me to find out.

Once I brought the work to my bookshelf, I saw it had a second title: “The Biographical Dictionary of Literary Failure.” I felt wrong placing this collection of failures among my copies of Brontes and Homer, though any writer who has taken their own shot at crafting a novel can see how easy it is to be a failure.

I left the book on my “to read” pile for longer than I’d like to admit. I let the question settle in my subconscious, but I was less bothered by this than the idea of seeing myself in this collection of failures. $16 for a new copy of a book I’d never heard of (who even buys new copies anyways?) just so I wouldn’t read it.

(Eventually my curiosity got the best of me.)

The narrator of “Who’s who” doesn’t have a name, nor any defining characteristics beyond his incredible interest in literature. Specifically forgotten literature and one unknown author. In an equally ambiguous European country, the narrator gives lectures on such forgotten works.

The text bounces back and forth between the narrator’s increasingly abstract experience and his lecturers at the local university. He describes novels written partially in gibberish, banned stories of unorthodox expression, and horror prose with equally horrifying backstories. The lectures are written as lectures, and the texts are all real forgotten works – so forgotten even a google search can’t lead you to the text.

“It is the destiny of such works to disappear and then be rediscovered, as if they too were ‘artefacts’ that had gone under the soil for many years. Perhaps it is our greater awareness of the delicate balance in which we live with our home planet.”

I will not venture to summarize the text; I feel it’s something that must be read. (That was poetic, no? More honestly I can hardly remember solid details. It’s a very abstract book and I’m left with mostly vague impressions.) Yet what stuck with me most was that many of these failures were not bad works of literature. The writing may not have been proper, or maybe the genre didn’t suit the story, but in terms of reflecting unique and complex human experience these works were not failures.

Their failures were not a result of their constructions, but their roles. Works of literature are entirely dependent on the society which consumes them; if found too confusing, immoral, or disturbing, they are purposefully forgotten. The book itself isn’t its own entity; as readers give and take from the literature.

This practice isn’t new or foreign despite the unrecognizable setting of Rose’s novel. We’ve recovered many formerly banned books that had been forgotten for these same reasons: many of them are core texts in our classes, too! But 1984 and Invisible Man regained much of their lost reputation. Rose’s works of literary failure are those books left in the dark, so universally ignored they might as well not exist.

“Every book is an attempt to create a world. Dickens built a London, Faulkner and Flannery O’Conner a U.S. South, the Brontes fashioned their Northern gothic moorlands…the difference with “Phrt” [a failed text] is that it is a book which attempted to create a world within another world, a world that already did not exist.”

So who’s who when everyone depends on somebody else to exist?