The Unified Sports Team is reaching tremendous heights in their season 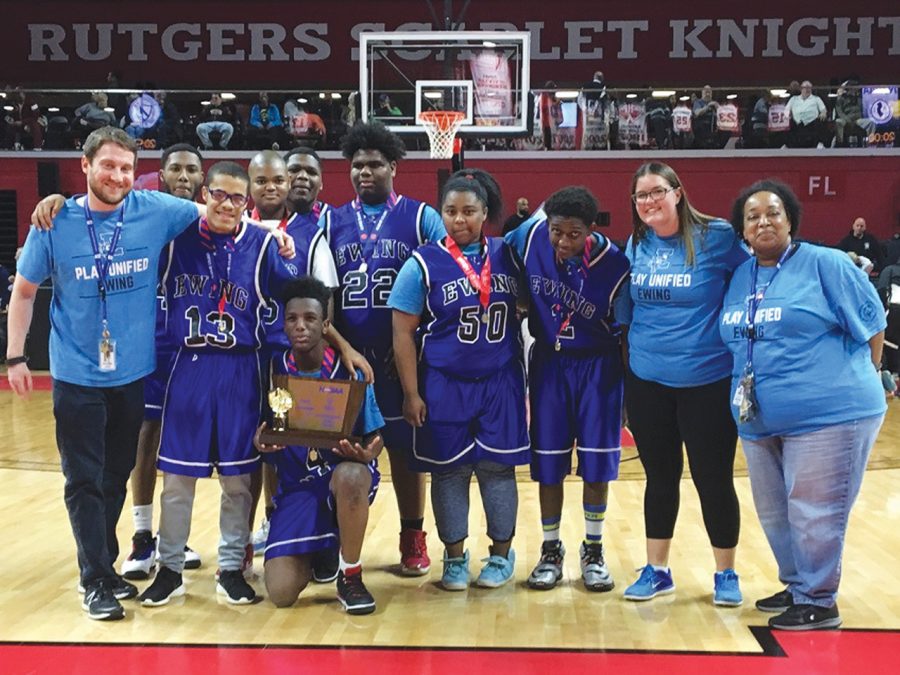 We tend to focus more on our main sports that we usually hear about on a daily basis, instead of the ones we don’t know about at all.

Well, yes, however, it is time to bring new perspectives into light so others may see the achievement that has been  neglected.

What I am referring to is the EHS Unified Sports teams and their amazing records.

On Tuesday of last week, Mr. Trotto, EHS P.E. teacher, had informed me of the standings regarding Unified Bowling Team. On January 25 the team had competed at Bowlero Bowling Alley, holding a first place position going into the state championships. By the end, they were able to outlast Matawan High School, bringing home their first state title in their first year as a team.

The team comprised of:

That is not all as the EHS Unified Basketball team is preparing to compete the NJSIAA state tournament at Hunterdon Central High School on March 7.

They are all putting in much effort and courage into training and as EHS Freshman, Kayla Hilty states, “They’re amazing.”

The team will be made up of:

If they do win the state tournament, they will be able to play at the state championship to hosted by Rutgers University on March 22, 2020. This will also be a two-time winning streak as the Unified Basketball team also won the state title last year.

It is beyond impressive that the Unified Teams have gone so far and accomplished so much. Winning a state title all the while going into a tournament ranking first place is beyond what many choose to acknowledge. As the season goes on, there will be frequent updates regarding the team’s progress.

From all of us at Ewing High School, we wish the Unified Basketball team the best of luck!