The State of Duke Basketball 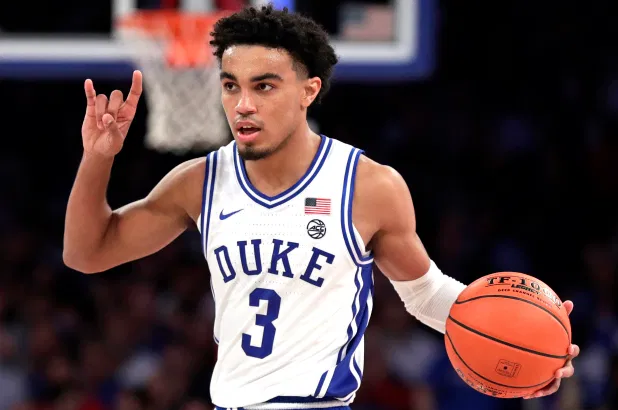 The State of Duke Basketball

Duke basketball led by Coach Mike Kryzewski has been on a tear all season. Going 21-3 including top 10 wins over Michigan State, Kansas and Florida State and a current 6 game winning streak that included a nail biting, come from behind overtime win over their arch rival UNC.

Duke fans have plenty to be excited about. Star sophomore guard Tre Jones is looking more like a seasoned veteran more than a 20 year old college student as he has absolutely taken over especially in the last 2 wins at North Carolina and then at home against a very good Florida State team.

The win against North Carolina really shocked UNC fans to the core. We have Xavier Figurora, EHS class of 2020 and a North Carolina fan sounding off after watching his team blow a 16 point lead in the 2nd half. He was asked how he reacted after watching Duke comeback and Tre Jones forcing overtime with such a great shot.

“ I was shocked and upset because UNC was up 16. They should’ve won that game, obviously they couldn’t put it away from the free throw line and they played very poorly on defense down the stretch. Poor shooting and taking bad shots throughout the 2nd half. They let Duke come back and put it in overtime.”

Many people believe Tre Jones is the best point guard in the country right now and the key to Duke success. This is what Xavier had to say about it.

“He definitely is the key to Duke’s success, he’s an excellent defender, he has good experience and he’s made vast improvements in his shooting.

Is he a top 3 point guard in the country?

What are the chances of Duke going all the way in March?

Duke ranks as a top 5 offense and defense this year according to ESPN.com.

Moving on to Duke’s outlook in the 2020-21 season they are bringing in 6 recruits (4 five stars) in addition to possibly retaining key players such as Jordan Goldwire, Joey Baker, Cassius Stanley and Matthew Hurt. Duke is listed as the 2nd favorite after Kentucky to win the National Championship in 2021.

Duke’s next game is February 19th @ NC State, a team in which they have had trouble with in the past. Can Duke keep their hot streak going?