Is the growth of law enforcement due to trauma?

The Drive to Make a Change 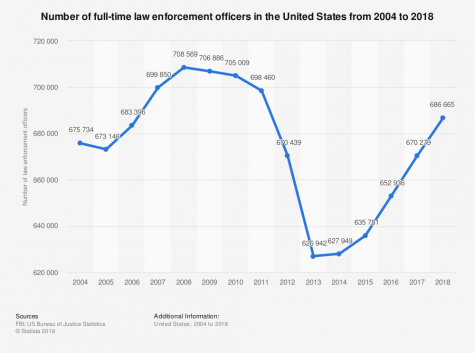 Anger and despair, fueled many young people to stand and make a change in anyway they could. Thus, forensic science and other law enforcement studies are very popular career choices for a lot of people throughout the nation and here in Mercer County.

Forensic science aka, criminalistics is a form of science that is often used during crime scene investigations. Forensic has helped and solved so many criminal cases efficiently, through technological advancement. Therefore it’s safe to say that forensics is a key portion of solving criminal cases, and everyday more and more discoveries are found to further advance crime investigation as a whole.

Criminalistics or, Forensic science has become a popular field of study for many scholars in places like and close to Trenton NJ. Schools have even created programs and classes correlating with forensics and law enforcement in general.

Questions emerge like, why has there been such a splurge in law enforcement or criminal investigation aspirations for young people in places that are full of crime?
I asked Martinique Williams, a native of Trenton NJ who once had dreams of going into law herself, “do you agree that a lot of young people in Trenton are aspiring to work in forensics or law enforcement because of trauma they suffer from losing many people close to them?

She responded. “I see people coming into law enforcement but I don’t see much abundance.  I think it would be more of the fear that would scare them from proceeding in the career of law enforcement.”

There are many people who see differently on the topic, which is understandable. In 2018 the employment rate of detective and police grew 5% and the rate of criminal investigators grew by 3%.

Due to the fact that this is a person who has suffered from the trauma of losing close friends to violence in Trenton NJ, I asked Dekelvin Irving also a Trenton Native who has experience in crime and gang violence “Do you think young people who have suffered from trauma like this have been influenced to make a change in their society due to that pain?

He relied “Yes, I think that when people lose someone close to them from violence they feel a lot of emotions like hilly that fuel them into wanting to help change something they couldn’t change fast enough to actually help people they’ve lost.”

“Personally for me, losing people I care about opened my eyes to the risk of my family losing me and made me want to turn my own life around, like make a change within myself.” he continued.

It’s safe to say that law enforcement is and will always be a growing field of study. We will always need it to solve criminal cases in law enforcement. To some people it is simple just a science, or a career, but to others, it’s a symbol of change and positive reform.