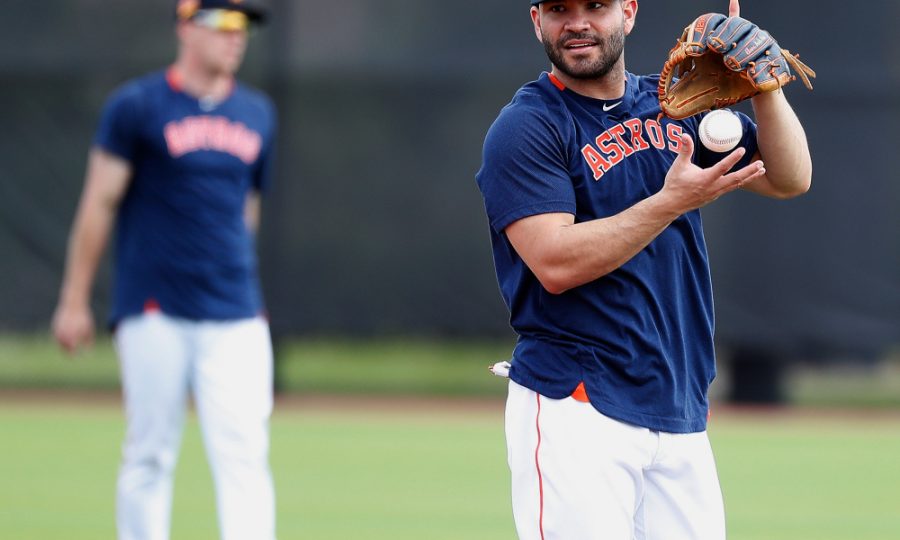 The 2017 Astros The World Champions of baseball *. That is how it should look when anyone ever writes or talks about that team. The 2017 Astros will always live with that tarnish on their resume. They were caught cheating in the year that they won the world series.

“The championship should have been taken away and still should be” said Luke Sodomin, EHS class of 2020.

From the commissioner of baseball’s report the team used a camera in center field of their home field that had a live feed to the clubhouse hallway. Then the person watching the live feed would bang on a garbage can to alert the pitch to the batter.

This gave the Astros an advantage even though in a recent press conference the owner of the Astros, Jim Crane, said “Our opinion is this didn’t impact the game. We had a good team. We won the World Series and we’ll leave it at that.” This, of course, comes after his team got a slap on the wrist.

The commissioner gave his verdict  suspending former general manager Jeff Lunhow and former manager AJ Hinch for one year. The team was fined $5 million and will lose its first- and second-round draft picks in the 2020 and 2021 draft.

No players were disciplined. This is nothing for the Astros and this team won the world series and brought in millions of dollars of revenue because of it. “Punishing no players is a big mistake it leaves the door open for it to happen again” Sodomin said

The trash can banging was proven but it is suspected that it didn’t stop there. There is a lot of speculation that they became more advanced and started using buzzers. This is where the major problem lies for people. Buzzers would require a punishment that would be equal to banning these guys from baseball.