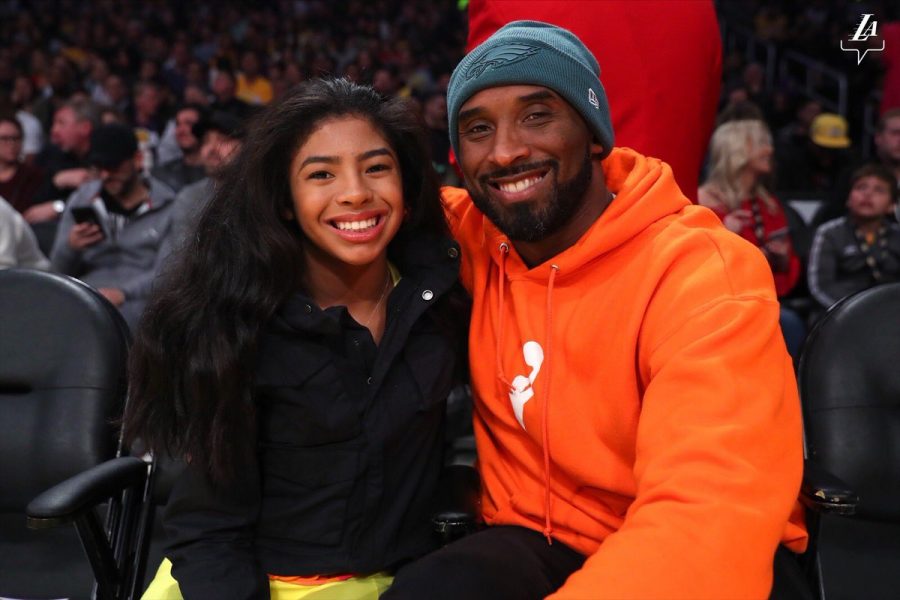 Remembering Kobe Bryant And his Legacy

The world is shocked, after hearing about the passing of  Lakers Legend Kobe Bryant. Early morning on January 26 he and 8 others were killed in a helicopter crash.

Following his death, NBA superstar Lebron James who was a very good friend of Bryant, mentioned “Every game is going to be emotional… We gotta continue to push forward because that’s what he’d want us to do”.

Throughout his NBA career which ranged 20 years, he accomplished many things such as an 18 time all star, a 5 time NBA champion, most valuable player award (MVP) and much more. On the court he inspired so many to play the game of basketball.

Kobe left behind three daughters, and a wife in which he’d been married to for over 20 years. A week after her husband’s  death Vanessa Bryant posted a picture and a quote reading, “Thank you for all the prayers,” she wrote in part “we definitely need them. We are completely devastated by the sudden loss of my adoring husband, Kobe-the amazing father of our children, and my beautiful sweet Gianna- a loving, thoughtful, and wonderful daughter, and amazing sister to Natalia, Bianka, and Capri.”

In Calabasas, California the weather that day was very foggy, which may be the reason for the crash. The tragedy was said to happen due to Kobe’s helicopter crashing into a mountain due to the lack of visibility.

Kobe Bryant inspired the youth so much by the way he played the game. And inspired people to chase after their dreams.

Gabe Fogg who is a member of the Ewing High School Basketball game was asked, what impact did Kobe Bryant have on you, as a basketball player?

“He taught me hard work, always press thru the tiredness, and when you work hard you will improve, and when you improve the game of basketball will become easier.”  When asked what was your reaction when you heard the news about Kobe’s passing? Gabe replied, “ I was very shocked when I heard the news, very very sad and devastated, and didn’t believe it was true.”