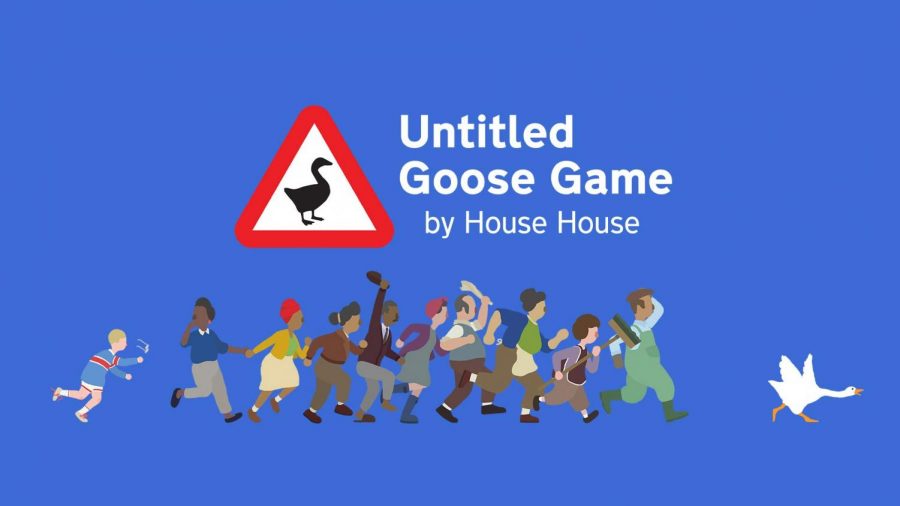 First things first, Untitled Goose Game is a *honking* masterpiece of a game.

So… Untitled Goose Game. This game is a comedy game at heart and is the guilty pleasure of the gaming world. This game came out September 20, 2019 and was created by the game studio House House. This goose has captured the hearts of many and has been the current favorite of gamers and non-gamers, lets find out why.

In this game you are a goose. You can honk, flap your wings, and duck. Your goal is to cause chaos in the world you are placed in. Steal the farmers hat, lock the shopkeeper in the garage, make the restaurant owner fall in the tomato’s, do basically anything you can imagine. This game has such freedoms allowing you to lure an NPC (Non-Player Character) from one side of the map to the other and lock them in a garden.

The controls of this game are simple, move withe the analog stick, grab, honk, duck down,  and flap wings. Even the controls are silly, the wing flapping exists for no purpose other than to be funny.

When you honk it disrupts the world around you, making everyone look at you; this can be use in many ways. For example, when the gardener is hammering a sign into the ground, he will pound three times and before the third time, you honk, causing the gardener to hit his thumb instead of the sign, making him knock down a gate for you to escape. 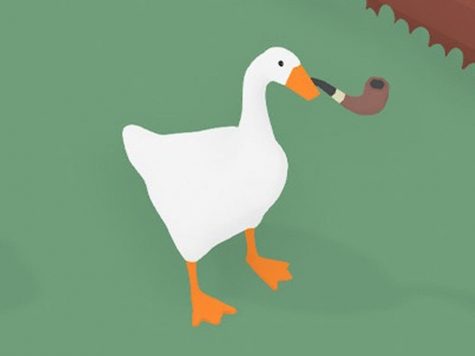 In this game your overall goal is to be a menace to the world around you and cause as much chaos as you possibly can. After you cause your chaos, you move on to the next area (gardens, towns, pubs, etc.).

The simplicity of the story adds to the fact that anyone can play this game and have a good time.

This game has a dynamic soundtrack. That means that the music of the game molds around the action of the game. The song used in the game is Debussy’s “Prelude No. 12: Minstrels.”; this song is a free and molds around the game. For example, when you are getting chased in the game, the music ramps up and matches the tension of the situation you are in. And when you are being sneaky, it slows down and sounds like you are up to something.

Untitled Goose Game was originally not supposed to have a soundtrack, it was supposed to be  a silent game. What happened was when the original trailer was shown, people liked the music so much, they just added it in.

This game is the perfect way to execute a comedy game. It makes you laugh because of how dumb it is, you can get your anger out because of the lack of consequence, and the best part, anyone can get a good laugh out of it.

This game is the *honking* greatest.